This week’s highlights include news from the FOMC, a $50 Mn financing in Prosper led by FinEx, a bank partnership, and highlights from ABS East.

On the back of Hurricane Irma, ABS East continued as scheduled in Miami this week. Ram Ahluwalia spoke on the ‘Trends in Online Consumer Lending: Less Tech, More Fin?’ panel, from which we included two slides below. Overall, yield compression and uncertainty around credit risk is driving investor demand for shorter duration assets. Despite credit deterioration in the unsecured personal loan space, strong structural protections and credit enhancement has enabled ABS spreads to tighten.

We highlight market performance data in the charts below: 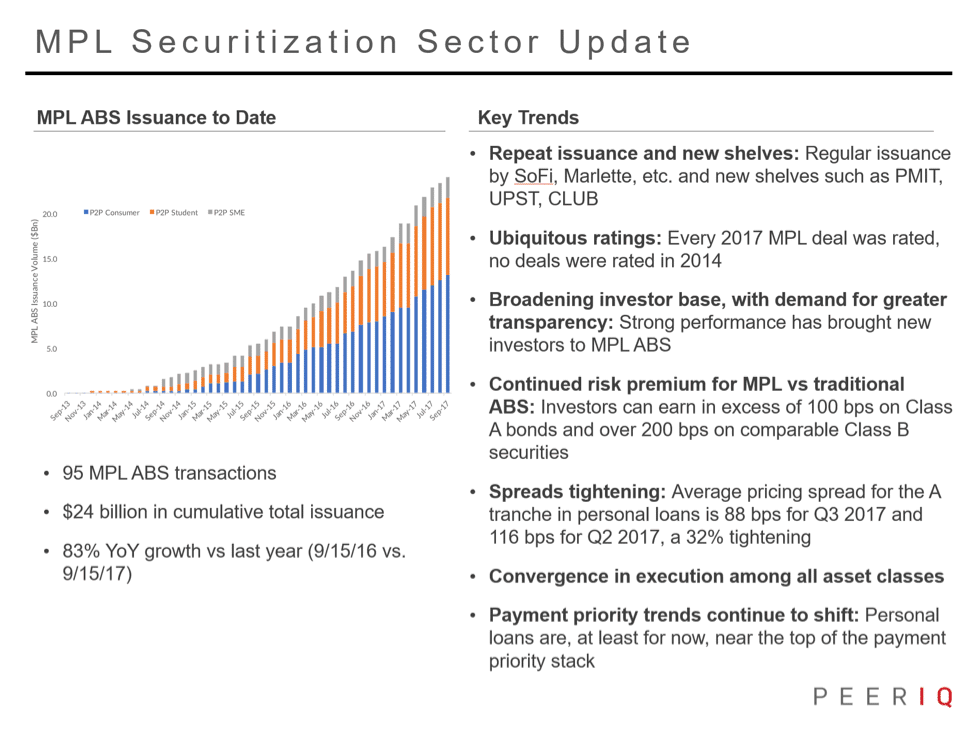 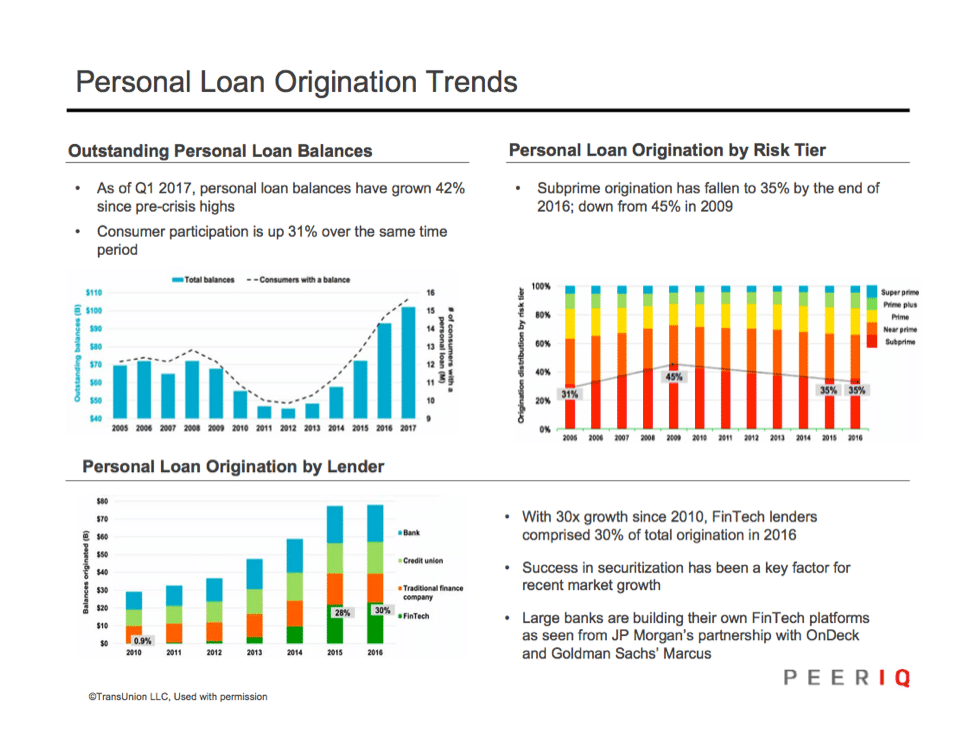 Fed Reducing Balance Sheet and Not Offering Regulatory SandBox
On Wednesday, the FOMC announced it will begin to reduce the Fed’s $4.5 Tn balance sheet in October 2017 and is on track for a rate increase later this year. As detailed in June 2017, the Fed will:

To put it into perspective, the Fed purchased $27 Bn agency MBS during August 2017, if the new plan would have been in place, the Fed would have purchased $23 Bn. The chart below shows how the Fed’s balance sheet changed over time since the financial crisis.

In other regulatory news, Gerald Tsai, director of applications, enforcement, and FinTech at the Federal Reserve Bank of San Francisco, .

A regulatory sandbox would typically allow banks and other firms to trial new technology with more relaxed supervisory requirements from the Fed and other agencies. Regulatory sandboxes have been successfully used in other markets (see for example the success of the UK and “challenger banks”). Tsai noted that the lack of a system for regulatory safe harbors has not hampered financial innovation.

JP Morgan – Another Bank Partnership
Earlier this week, JPMorgan Chase made an investment in Bill.com and plans to integrate Bill.com’s systems into their own early next year. Bill.com facilitates B2B payments by eliminating the need for physical checks and allowing users to process everything online. Prior investors in Bill.com include Bank of America, American Express, and Fifth Third Bancorp. JPMorgan Chase previously announced partnerships with dozens of other FinTechs including OnDeck, Truecar, and Roostify.

Lastly, with the end of the quarter approaching, stay tuned for PeerIQ’s upcoming securitization tracker.

Conferences:
PeerIQ in the News: