US payrolls rose by just 75k in May and average hourly earnings rose by 3.1%. Both figures were below economists’ expectations. The results, together with continued weak inflation and softening in leading indicators, continue to suggest a slowing economy. Fed officials are setting market expectations up for 1 or 2 potential rate cuts this year – a remarkable about face from 12 months ago. 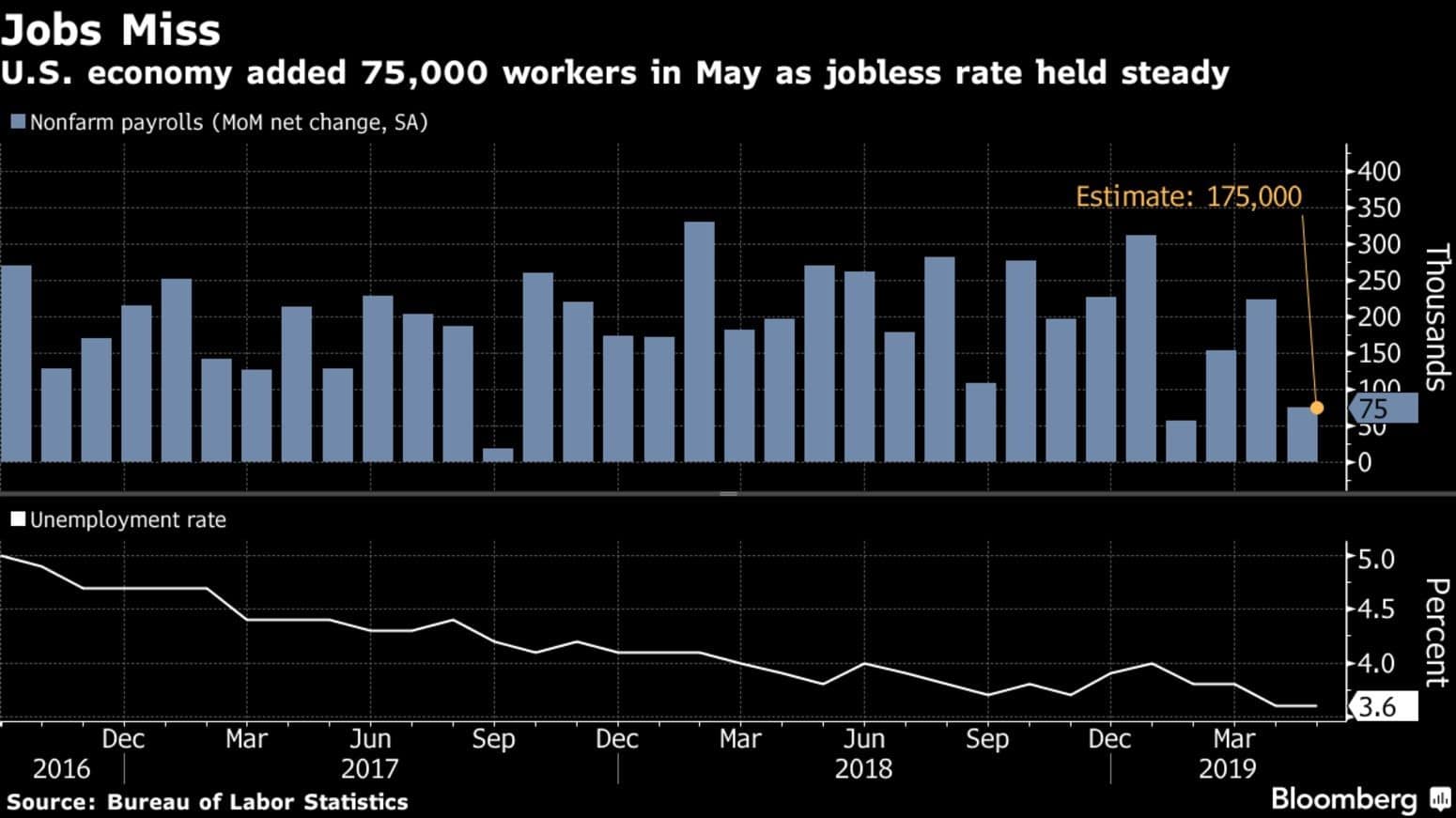 JP Morgan has pulled the plug on its digital bank Finn. Finn’s users will be transitioned to Chase’s mobile app. The bank has been aggressively spending on technology and will focus on developing the Chase mobile app and bulking it up with technology developed for Finn. JPM is also betting on a larger physical presence and is opening 400 new branches in the next 5 years.

The challenge for JPM and other established banks have is a classic Innovator’s Dilemma. How does a large incumbent create and product that is superior to its own core offering without cannibalizing its P&L, or jarring the customer experience? For instance, online only banks offer much higher rates than branch-based depositories – offering a competitive online-only rate (1.5 to 2.25%) requires a much higher payout than the average payout for banks with heavy brick-and-mortar (.25 to .5%).

Citigroup is reported to have pulled out of the Apple co-brand deal as the bank thought that the portfolio would not make money. JP Morgan, Barclays and Synchrony also bid on the Apple card business, but Apple eventually partnered with Goldman Sachs. The deal might make more sense for GS who is looking to expand into the consumer space by adding a credit card product to its portfolio.

GS CEO Solomon told employees that Marcus does not get credit from investors for the progress it has made. Marcus has ~$48 Bn in deposits and ~$5 Bn in loans, and the argument is, that as a Silicon Valley startup, Marcus would be highly valued. The lending side of Marcus appears to be smaller than LendingClub (market cap of ~$1.3 Bn) from an originations perspective. GS does not provide segment-level performance for Marcus.

You can read our analysis on banks’ technology initiatives and how they are helping boost earnings growth here.

PeerIQ’s ABS Investor Portal allows you to analyze and benchmark the loan-level collateral of major ABS issuers. Users can perform Stress Test scenarios, such as the 2008 global financial crisis, on each originator and project cash flows. 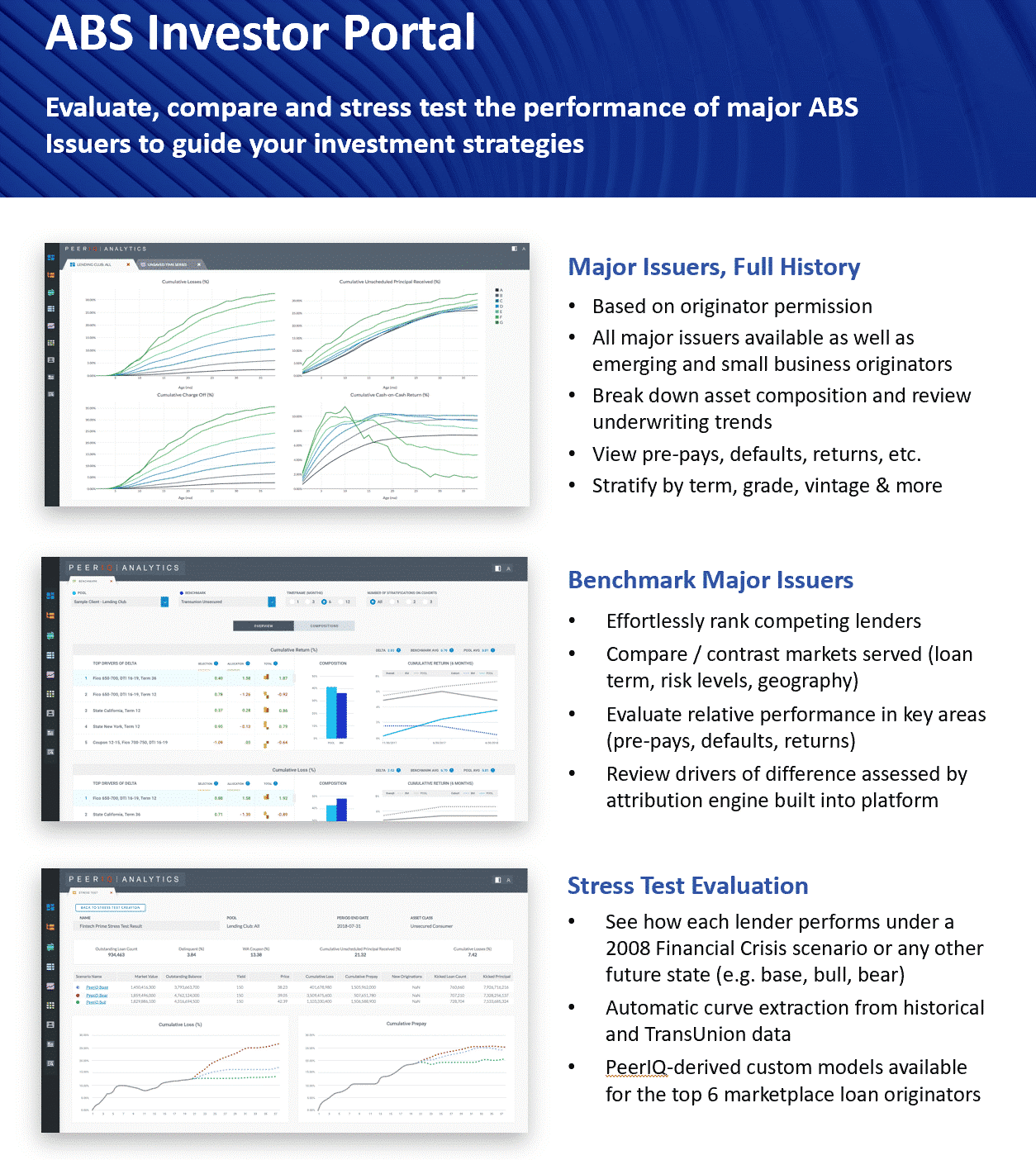 Do reach out to learn more about our ABS Investor Portal!