Earnings season got underway with bulge-bracket banks reporting this week. While most banks delivered near-record Net Interest Income, the guidance for NII growth fell below expectations. The yield curve is about the flattest it’s been post-crisis and the possibility of a rate cut clouded the outlook for NII growth.

The big themes are that banks are increasing reserves by 7% to 28%. Tech spend, particularly on digital channels, is up 10% YOY. Banks with strong consumer banking franchises saw ROE improvements (JPM, Wells) whereas banks with a higher mix of trading revenues saw declines in ROE (GS, MS).

Are cell phone operators the next entrant to consumer banking? Carriers already offer, directly or indirectly, cell phone financing and they exhibit very low loss rates as compared to other forms of consumer credit. T-Mobile is offering a digital checking account to increase loyalty and switching costs. The carriers have some of the key characteristics for competitive advantage (e.g., captive channel, low CAC, unique data, etc.) and we’ll keep our eyes on this industry development.

In regulatory news, Avant is said to be in “late-stage discussions” to receive a Fintech charter. The OCC introduced the FinTech charter in 2018 and Avant would be the its first recipient. The charter has been challenged by the NY State Department of Financial Services and the Conference of State Bank Supervisors, both of whom have questioned the OCC’s authority to grant such a charter. Avant’s approval will be a big win for the FinTech sector and could pave the way for others to receive it. You can read our detailed analysis on the FinTech charter here. 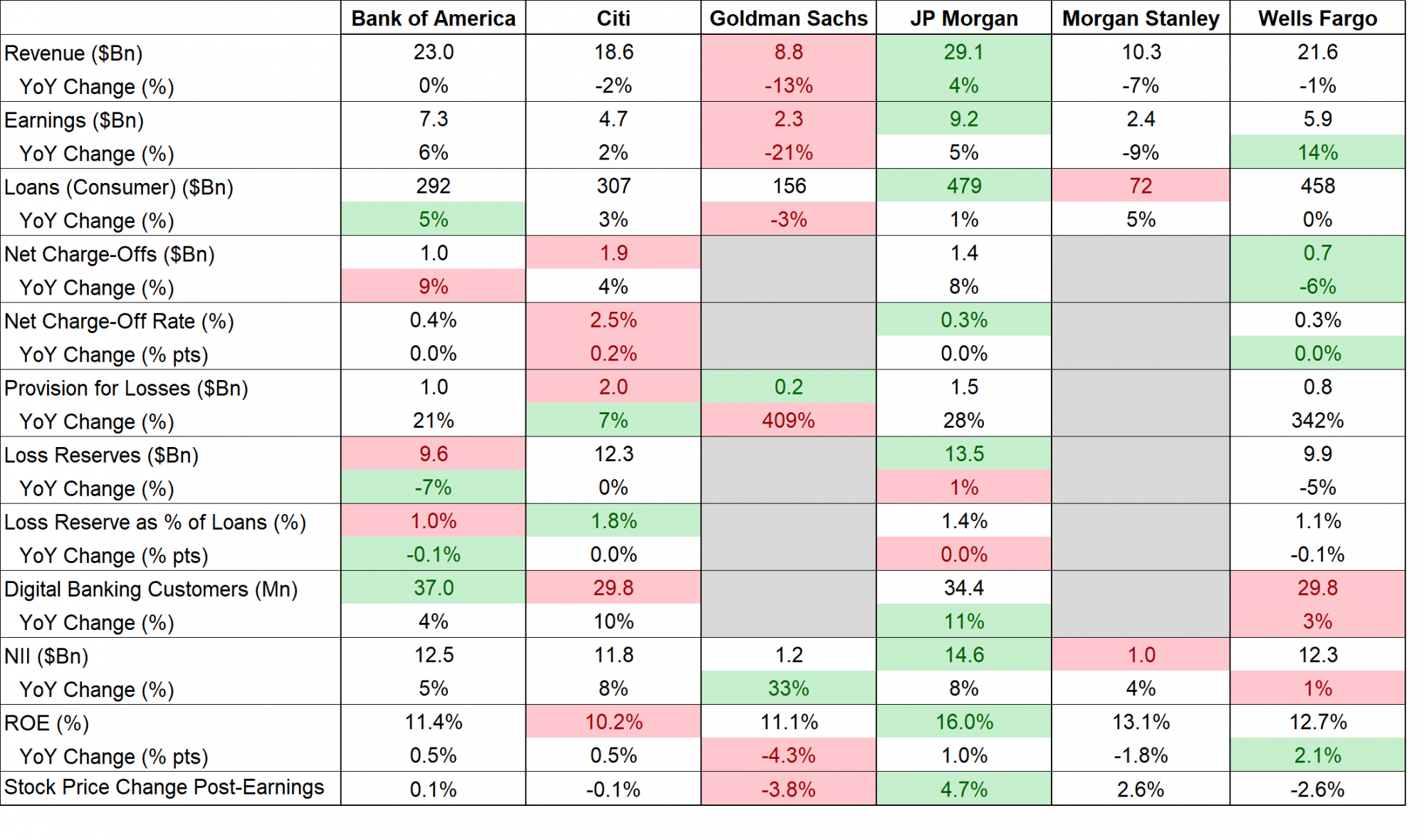 We look at bank earnings individually below. Stock price performance post earnings has been weak except for JPM and MS.

(Changes below are YoY unless otherwise mentioned)

Bank of America’s revenue dropped slightly to $23 Bn. Earnings increased by 6% to $7.3 Bn, the highest on record.

Wells Fargo beat expectations as revenues dropped by just 1% to $21.6 Bn. Net income rose by 14% to $5.9 Bn, the highest growth amongst bulge-bracket banks. The bank faces a regulatory asset cap until the end of 2019 which is hampering loan growth.

PeerIQ’s Modeling Archive enables users to build their own pre-pay and default models to drive investment decisions, derived from TransUnion data across all asset classes. Reach out to learn more! 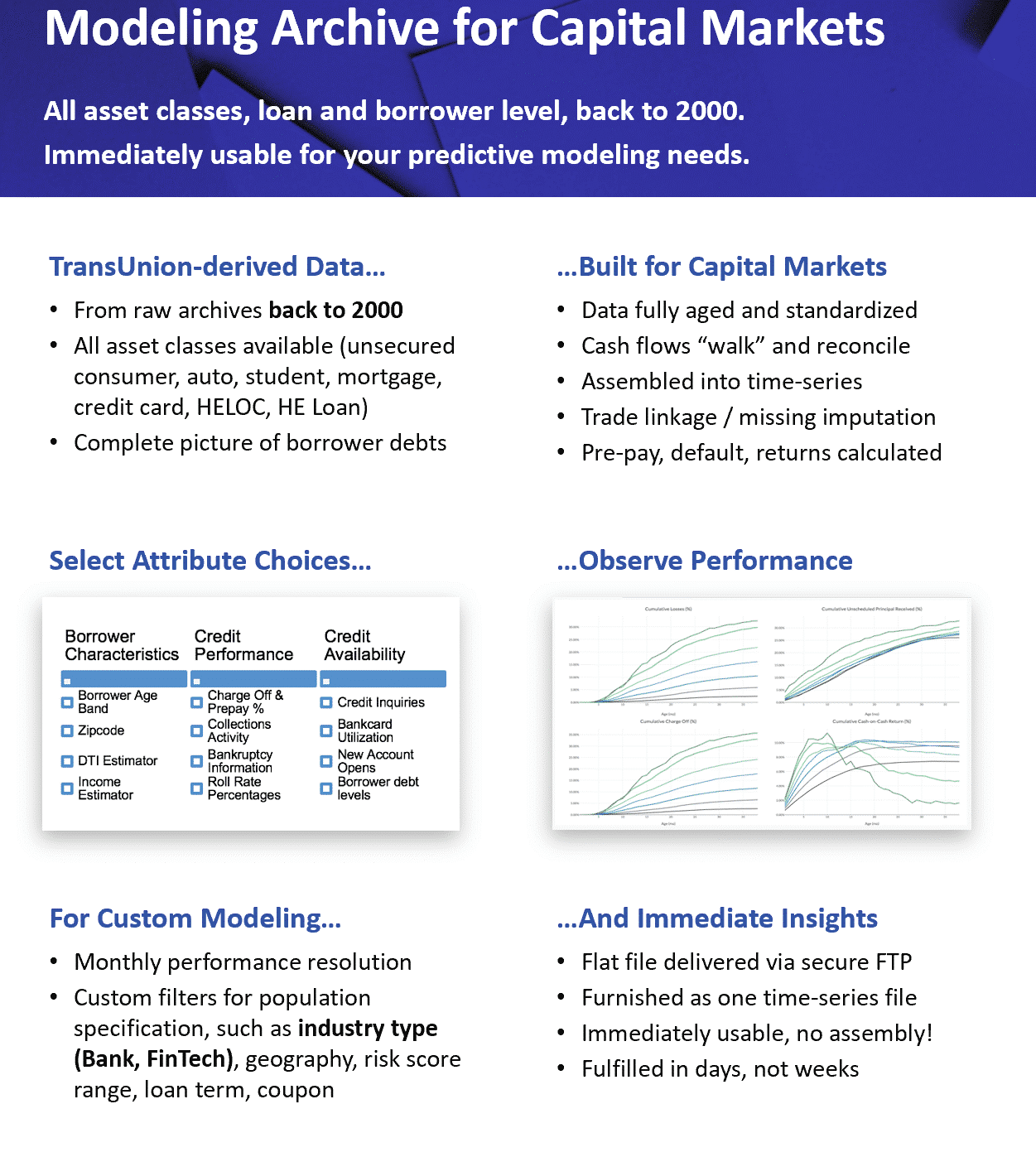