The unemployment rate dropped to a near five decades low of 3.8% even as nonfarm payrolls only rose by 20K. Average hourly earnings rose by 3.4%, above economists’ expectations. The Fed is on hold and is watching incoming data to determine the timing of the next rate hike.

The tightening labor market is also leading economist to trot out the controversial Phillips Curve indicating the potential for inflation ahead: 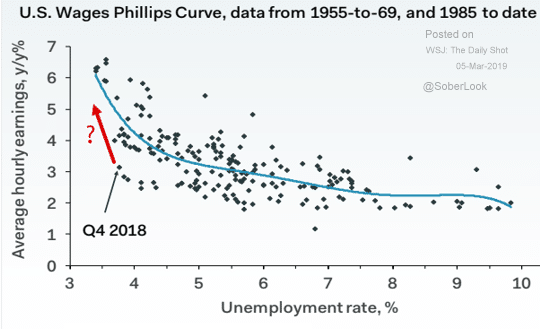 US credit card balances reached their highest level of $870 Bn at the end of 2018. Available credit limits also reached their highest level of nearly $3 Tn. Overall debt outstanding also reached a record $13.5 Tn, although debt burdens remain near low on a per-capita and on a percentage of disposable income basis. Borrowers, however, are paying higher interest rates as a share of household spending: 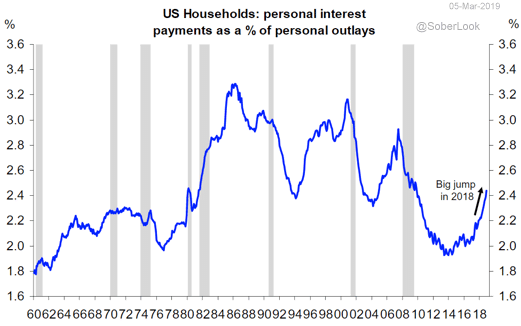 Kabbage is out with its 2nd securitization. KBRA has rated the senior tranche on KABB 2019-1 AA. KABB 2019-1 is a $610 Mn securitization with a 36-month revolving period, similar to that on the KABB 2017-1 deal. The pool consists of 91 k loans with an average balance of $7.3 k. The weighted average term of the loans is 10 months and the borrowers’ weighted average FICO score is 702. KABB 2017-1 is still within its revolving period and is currently passing all triggers.

PeerIQ has been nominated for the “Most Promising Partnership” award at LendIt for our partnership with TransUnion.

Reach out – we hope to see you at LendIt!