Recession is the New Base Case; Impact to Lenders; Policy Response

Recession is the new base case. This week, we will focus on the current view of the depth and length of the recession and the emerging policy response.

On the macro front, the early effects of COVID-19 are presenting in the data. March retail sales released on Wednesday indicated that there was a 0.5% drop from February, significantly missing market expectations of a 0.2% rise. This, along with the University of Michigan’s consumer sentiment numbers released last week (95.9, lowest reading since October), indicate the toll that the pandemic is taking on U.S. consumers.

Capital markets have entered a liquidation phase. Investors are in a rush for cash selling all stripes of assets, including those previously deemed a safe haven. T-Bills are sporting negative yields; indicating that investors are willing to park capital at negative returns to preserve capital. Major option market makers are liquidating portfolios due to losses and adding to the volatility.

The Fed and Treasury re-launched an alphabet soup of programs last seen during the credit crisis and with larger ammunition. This includes purchasing mortgage bonds, support for money-market funds, a primary dealer credit facility programs, and liquidity programs for the commercial paper market and the repo market. The Fed has also opened swap lines for other central banks amidst a global shortage of dollars.

Several other programs are in the works. Former Fed Chair Ben Bernanke and Janet Yellen penned an op-ed making the case for the Fed to expand its balance sheet to IG bonds (beyond Treasuries and mortgages, which are backed by the full faith and credit of the U.S.).

The White House and Congress are working to finalize a Coronavirus rescue package. The bill – in the $1 to $2 Tn range (up to 10% of GDP) – as compared to the then blockbuster $787 Bn American Recovery and Reinvestment Act. House Democrats and the Republican Senate are continuing to negotiate.

As of now, the bill includes direct payments of $1,200 to individuals with less than $75K in adjusted gross income, expanded eligibility for unemployment benefits, and assistance to state, local governments, and loans to major U.S. industries at “market terms.” Legislators are also looking at loans to small businesses with forgiveness, provided that employees are retained.

Behind the scenes, the Fed and regulators are looking to resurrect TALF with a focus on driving lending to small businesses. The most vexing part of the policy response has been how to efficiently channel funds in a targeted and effective manner to millions of small businesses. A well-capitalized retailer like Apple can shut down for months. Small businesses generally have low levels of working capital and are on pace to cut hundreds of thousands of jobs and more in the weeks ahead.

Funding Circle has reported a 150% increase in applications and a “significant increase” in online search for small business loans. Figure saw a 300% increase in loan applications (primarily after the rate cut). Loan demand has also remained strong at consumer lenders. However, the reduced availability of capital is causing a double-digit decline in the ability of some lenders to originate loans at historical volumes.

What is the Impact to Lenders and Investors?

Consumer lenders are starting to feel the pain from the repricing of risk assets. Freshly minted loans are priced in equilibrium with similar assets that trade in ABS markets.

Lenders are starting to offer incentives to entice investors to purchase loans. In general terms, the substantial widening in spreads in secondary markets has meant that investors are better off buying seasoned pools rather than buying whole loans at par.

Investors in CUSIPs are finding it difficult to roll-over and finance securities due to challenges in the repo market. Funding costs (and therefore return requirements) are going up, as are haircuts.

A new source of regulatory risk has surfaced – helping borrowers and hurting investors. New York State Gov., Cuomo issued an executive order, putting a 90-stay on mortgage payments for borrowers exhibiting financial hardship. The EO also includes a fee waiver for ATM fees, overdrafts, and credit cards. The scope does not include personal loans at this time.

Industry leaders are trying to figure out how to service their borrowers. JPM has delayed due dates for some borrowers across cards, auto loans, and mortgages. GS is allowing borrowers to delay payments for a month. There’s a debate as to whether all consumers should receive relief or only those that request it.

On the regulatory front, the FDIC voted to conditionally approve Square’s application for deposit insurance related to its ILC bank charter. The move comes a few weeks after LendingClub’s announcement to acquire Radius bank, and Varo Money’s reported ~$100 MM all-in costs of seeking regulatory approval. Other applications may be approved in the coming future as well though most, like Interactive Brokers, are not generally from the FinTech sector.

What are Forecasts for the U.S. Economy?

Forecasts vary substantially. We recommend taking a look at this WSJ study “CoronaVirus Triggered Downturn Could Cost $5 MM Jobs” based on forecasts from 34 economists. The pessimistic scenario is a sharp and long-lasting contraction. The median pessimistic forecast sees GDP decreasing by 10% in the second quarter, falling another 3.8% in the third quarter, and dropping 0.5% in the fourth quarter. It projects the unemployment rate climbing continuously, reaching about 7.4% by the end of the year.

Below we took the views of economists at various banks and ordered from best-to-worst: 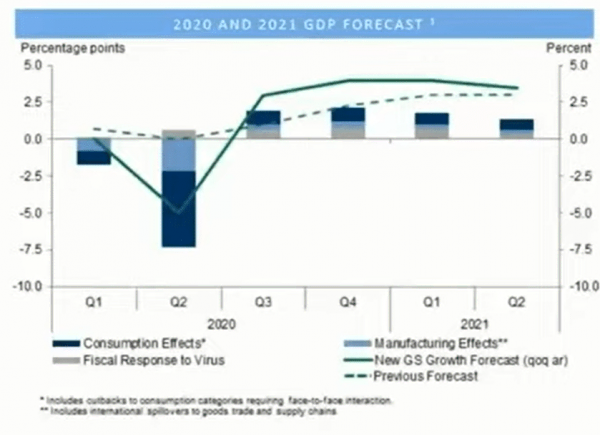 Ex-PayPal CEO, Bill Harris, has launched a neobank for struggling households. Bill Harris and business partner Brian Hamilton, who was co-founder of the mobile marketing technology provider PushPoint and later a vice president at Capital One Financial, launched a new digital bank called “One”. 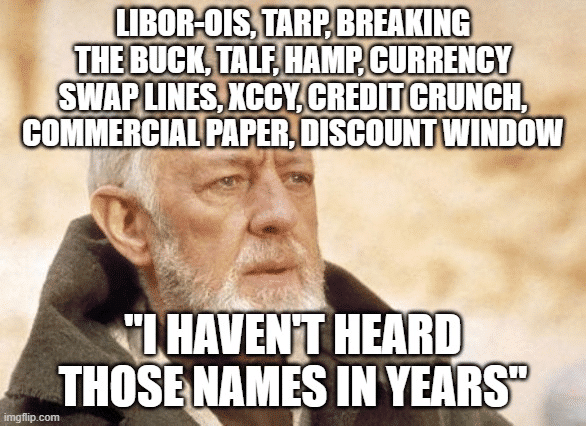