The US economy added 164,000 jobs in April with the unemployment rate dropping to 3.9%, the lowest since the peak of the dot-com bubble in early 2000. Traditionally, 3.9% has signaled the bottom of the unemployment rate, although this recovery has been slower and longer than the recovery of the 90s. In an encouraging sign, average hourly earnings increased by 2.6% YoY fueling the Fed’s goal of maintaining a 2% inflation rate. Earlier in the week, the Fed’s preferred inflation gauge, Core PCE also rose by 2% YoY in March keeping the Fed on track to raise interest rates twice more this year.

A recent Bloomberg article discussed ratings on and the performance of MPL ABS. According to the article, ratings agencies that provide lower loss estimates on ABS transactions tend to do the most business, in part due to the “issuer paid” model. While there is no way to verify “ratings shopping” behavior, we do believe there are a few observations to share to balance the discussion.

Overall loss estimates have tended to lower with successive deals as ratings agencies gain access to longer performance histories. The securitization structures have also been extremely robust – we have seen about 10% of outstanding balance breaching triggers so far. The protection provided by overcollateralization and excess spread has insulated senior tranches well from collateral underperformance. Relatedly, there has been a significant number of ratings upgrades. As we note in our latest securitization tracker, ratings agencies have upgraded 33 consumer MPL tranches and 51 student MPL tranches since the original ratings were issued. In this view, ratings agencies were overly conservative upfront and are now calibrating performance based on new data. The true test of the expected loss levels will be through a credit cycle, and PeerIQ will closely monitor ratings agency loss estimates compare to realized performance.

We also would note there is substantially more 3rd party analytics including “investor paid” models where firms like PeerIQ provide the transparency and scrutiny necessary to analyze collateral performance and anticipate shifts in the platform. There are many ways now for investors and issuers to triangulate around risk estimates that simply were not available pre-crisis. Below is a sample output from the platform to help investors make better risk/return decisions. Reach out to learn more. 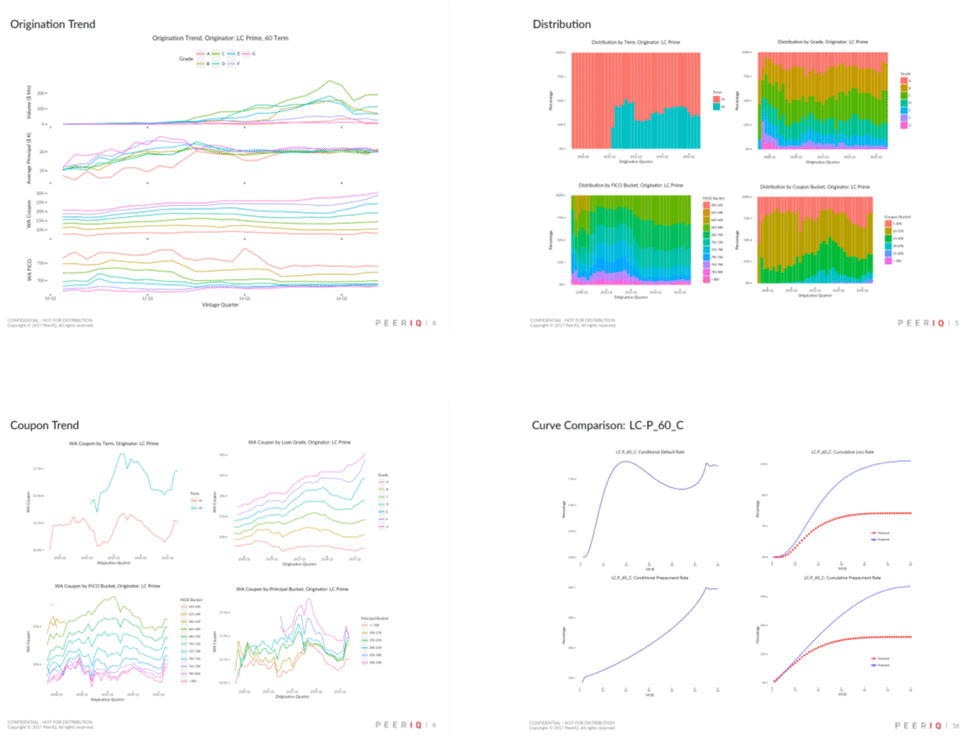 Goldman Sachs, which appears to have transformed itself from an investment bank to a technology company with deposits, continues to deploy its technology resources in the consumer lending space.

GS is now setting up a team to sell alternative securities data for investing and risk management purposes.

Goldman is the lead underwriter on GreenSky’s IPO. GreenSky is a marketplace for home improvement loans, one of the true examples of a marketplace lending model at work. Ironically, GS as underwrite of the deal may also be competing directly against GreenSky. See our prior analyses on GS fintech M&A here and here. GS was also an underwriter for LendingClub while also competing with the Marcus franchise.

Morgan Stanley is also focusing on a data-driven technology strategy for risk management, anti-money-laundering, and regulatory purposes. The bank has ongoing initiatives in artificial intelligence, cloud, big data and analytics. MS has developed a system that feeds its investment advisors investment ideas for their clients and recommends appropriate research on market events. The bank also has a robo-advisor and is actively deploying technology to automate regulatory processes.

The contrasting technology and product emphasis by MS and GS will determine how both these banks evolve in the retail banking space. Others banks such as Citi have also expressed ambitions to launch online retail banking offerings to compete.

This deal represents the first resecuritization of part of a residual tranche of an MPL ABS. Residuals generally have worse liquidity than the senior tranches, and resecuritizing a portion of the residual should improve liquidity on the newly issued bond. The owners of this bond would get a portion of the economics of the residual tranche, which involves cashflows from the collateral left over after paying the class A cashflows and other fees and expenses. SCLP 2015-1 has breached its CNL trigger and the residual is locked out from payments until the A tranche is paid off. 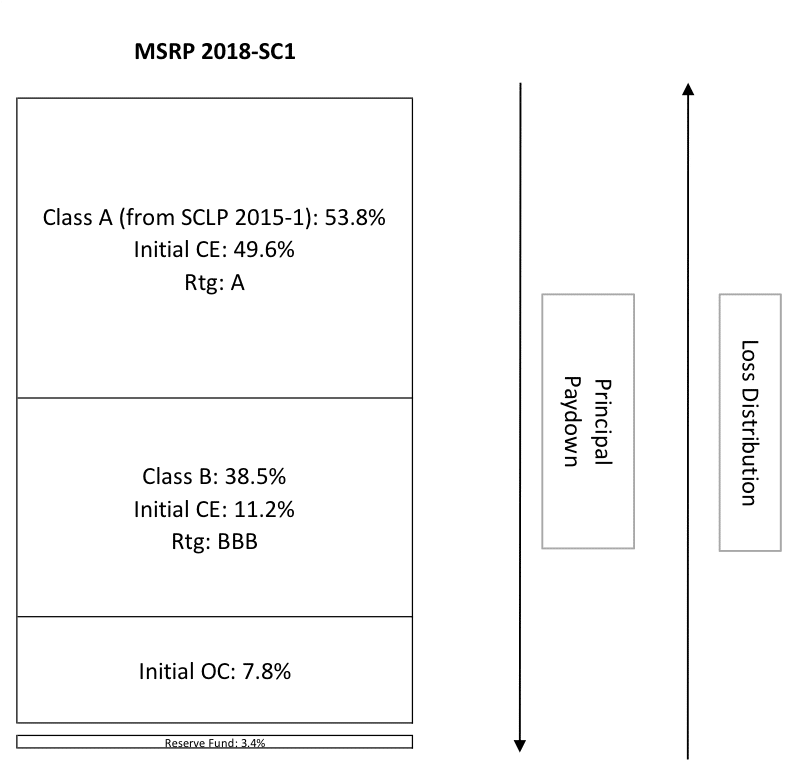 Webinar on “What is Happening with Personal Loan Losses”

Thank you to those who attended our webinar on “What is Happening with Personal Loan Losses”. If you missed it, the presentation is available here.