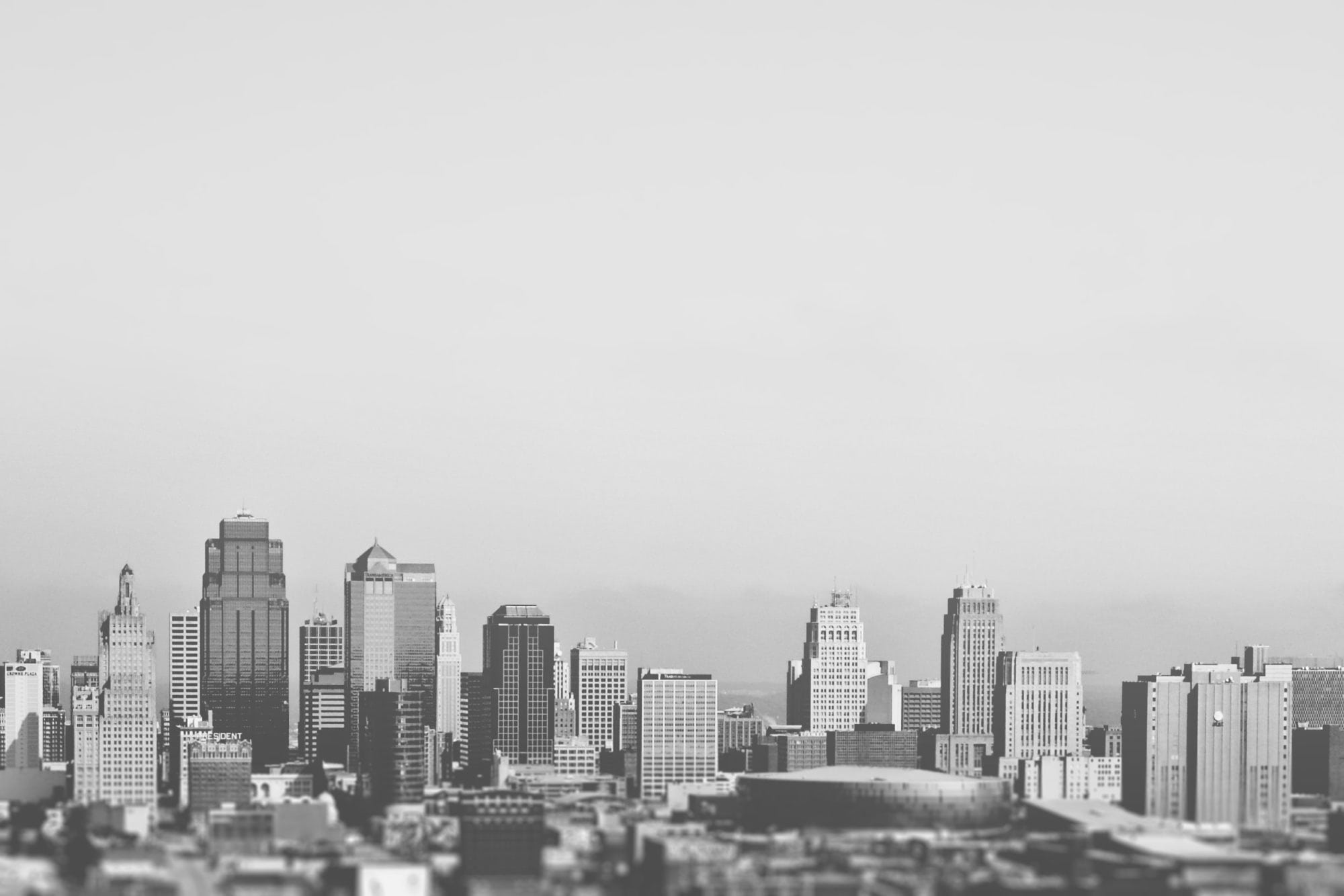 The ABS market finished January on a high note with strong buyer interest. SoFi and Mosaic priced their first and inaugural transactions respectively in 2017, which were both heavily oversubscribed.

On the regulatory front, the deadline for commentary on the OCC charter closed last week and public submissions can be found here. The OCC is reviewing over 30 submissions regarding the proposed OCC charter.

This week we summarize the first unsecured consumer ABS deal of 2017, SoFi’s SCLP 2017-1. Further, we briefly illustrate trigger play and highlight the importance of structural features using SCLP 2017-1 as an example.

JP Morgan now appears to be a regular co-lead on the SCLP shelf, joining Citi, Deutsche Bank, and Goldman Sachs. SoFi retained 5% of the deal, consistent with risk retention requirements.

As compared to SCLP 2016-5, the collateral in the SCLP 2017-1 contains loans made to borrowers with a higher weighted average Free Cash Flow ($5,176 vs $5,053) and comparable average borrower interest rate (9.59% vs 9.64%). The collateral pool is also 3 months more seasoned than that of SCLP 2016-5. Further, we observed steepening in the credit curve: the A tranche was 15 basis points tighter and B tranche was 15 basis points wider than the corresponding tranches in SCLP 2016-5.

Kroll and DBRS remain consistent in their ratings; however, their cumulative loss estimates vary significantly. Both agencies assign a single A rating to the A tranche, and a BBB rating to the B tranche. Kroll assumes a weighted average cumulative net loss (CNL) rate of 7.90% with 0% recovery rate during its rating process. By contrast, DBRS assumes a weighted-average CNL rate of 9.6% and a recovery assumption of 5%. Such differences in loss estimates stem in part from limited historical credit performance data, a gap that can be filled by data & analytics service providers like PeerIQ.

Credit enhancement provides note holders with protection against losses and delays in scheduled payments. Investors in SCLP 2017-1 benefit from credit enhancement consisting of over-collateralization, subordination, reserve accounts, and excess spread. For SCLP 2017-1, the A and B tranche has a total credit enhancement of 23.0% and 13.8% respectively (Exhibit 1), consistent with prior deals.

In our last newsletter, we explored trigger definitions and highlighted the implications of trigger breach from the investment perspective. Using SCLP 2017-1 as an example, Exhibit 2 shows pricing of SCLP 2017-1 A and B tranches for seven loss scenarios ranging from 0% to 35% flat conditional default rate (CDR), holding the pricing spreads, and a 20% conditional prepayment rate (CPR) constant. Scenarios where bonds will have principal losses are highlighted in yellow.

As noted above, SCLP 2017-1 has substantial credit enhancement and structural protection to protect senior investors. For illustration purposes, we show trigger mechanics under a set of hypothetical collateral loss scenarios while holding prepayment constant.

Under a severe case of 35% CDR (45% CNL), the senior note will be priced around 76c with a 1.2 year weighted-average life (WAL), benefiting from thick credit enhancement and structural protection. However, subordinate bondholders would suffer a 100% principal write-down.  Further, under a 15% flat CDR or 25% CNL, the B tranche will extend its principal window by more than one year to December 2023 with a price drop from par to 74c.

The pricing behaviors of senior and subordinate tranches are influenced by CNL trigger mechanisms. A trigger event occurs when the realized CNL rate exceeds the trigger threshold of the collateral. Specifically, in SCLP 2017-1, the trigger is defined as 3% CNL threshold for the first 12 months, 5% for the next 6 months, and 7% for the next 18 months (Exhibit 3, orange line). Exhibit 3 shows the A tranche principal repayment factor under both 0% CDR and 10% CDR. The y-axis represents the repayment profile as a percent of the original principal.

Under a no loss scenario, the senior bond starts to amortize down immediately and completely pays down in February 2021 (Exhibit 3, green line). In the unlikely 10% CDR scenario, the collateral pool breaches the CNL trigger within four months after deal pricing, leading to a shortened principal window for the senior most tranche (Class A). Hence, the existing trigger mechanism ensures that the senior-most bondholders receive 100% of the investment as soon as possible within the expected principal window. 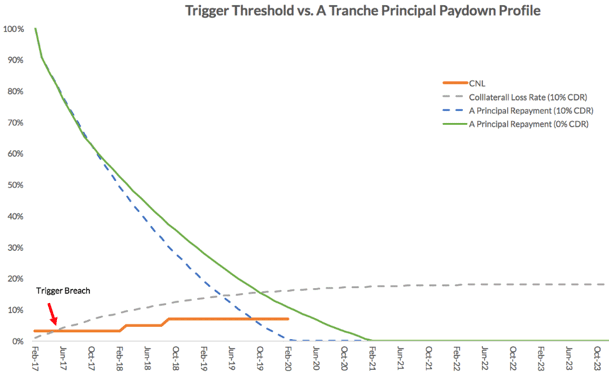 Exhibit 4 summarizes the principal paydown profile for both SCLP 2017-1 A and B under a constant 10% CDR (18% CNL as Exhibit 4, gray dash line). Due to strong credit enhancement, both A and B tranches will not suffer any principal losses under 10% CDR. Specifically, the A tranche principal window shortens from February 2021 to March 2020 (Exhibit 4, blue dash line) and then pays down without any principal losses. The B tranche starts to pay down between March 2020 and April 2021 (Exhibit 4, green dash line). 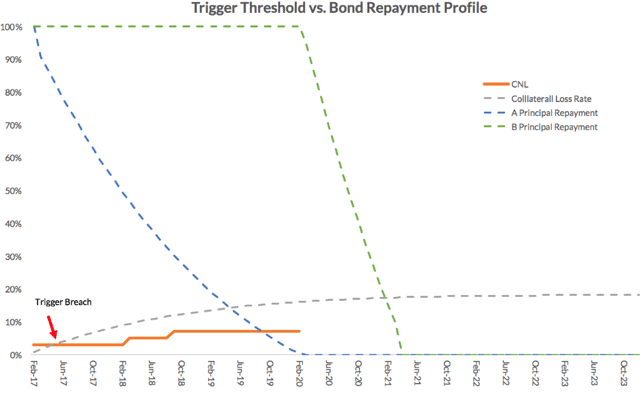