SoFi
SoFi strengthens its lead as the largest MPL ABS issuer by volume and is enjoying a virtuous cycle of lower funding costs, improved liquidity, and expansion of the ABS base. At the current pace, PeerIQ predicts SoFi may issue 8 to 10 deals this year and is on pace to be one of the largest issuers globally in certain markets. 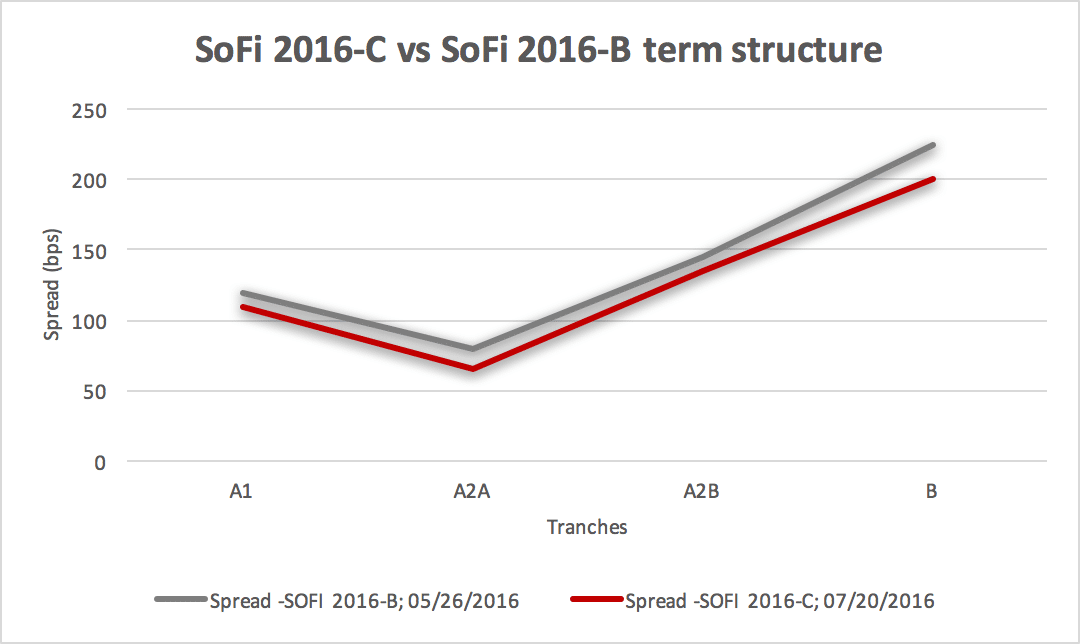 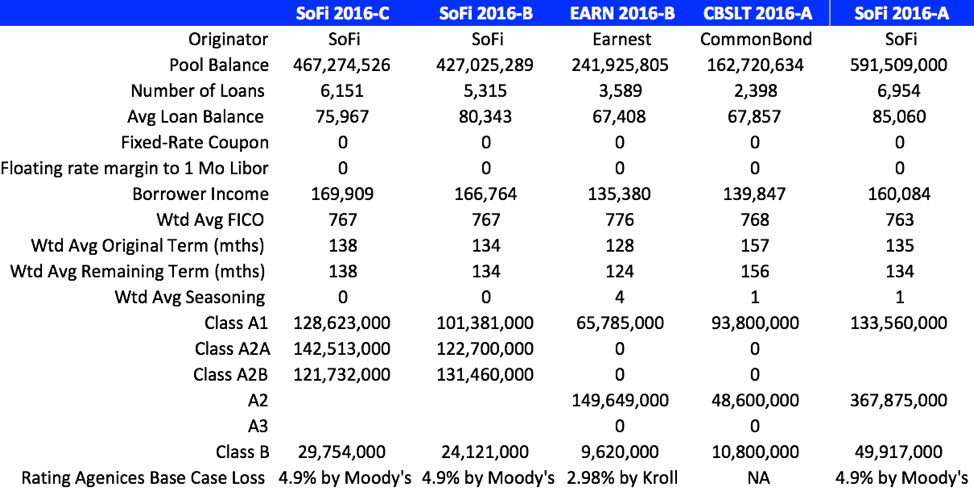 The consequence of better execution on IRR for equity tranche holders is significant. We find that the excess spread on MFT 2016-1 increases IRR by a whopping ~20% as compared to CHAI 2016-MF1.

While the other loan characteristics of the MFT 2016-1 deal are similar to CHAI 2016-MF1, the loans in MFT 2016-1 have seasoned for eleven months as compared to four months in CHAI 2016-MF1 before they are included in securitization deal (Table 2).

Seasoning is an important consideration for investors. The average conditional default rates (CDRs) are lower in the first twelve months of consumer loan pool than CDRs in the pool seasoned beyond twelve months. Therefore, seasoned unsecured consumer loans pool tend to have higher cumulative net losses as a percentage of deal balance. As the loans season, the conditional prepayment rates (CPR) tend to be elevated as well. Indeed, loan seasoning is an important factor for our loan-level valuation and waterfall analysis. 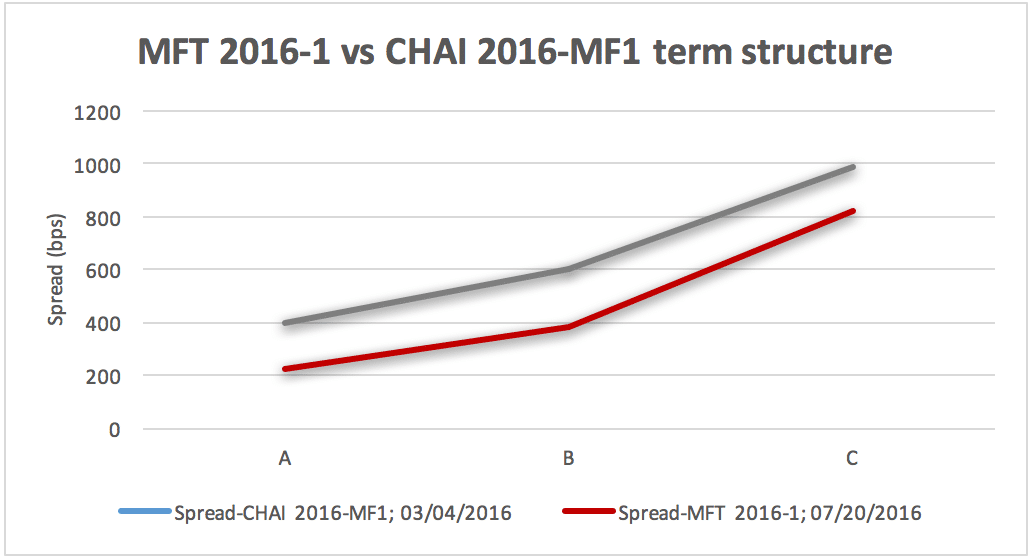 Platforms that generate strong credit performance, build investor trust, and can improve the distribution of their products (via ABS or otherwise) are well positioned to grow.