Wishing all of our readers a very happy and healthy new year! Lots of news to kick off 2021 – SoFi looking to go public via SPAC; OCC’s groundbreaking guidelines on cryptocurrency for banks; our partner, Cross River in the next round of PPP; and, Affirm’s continued sprint in 2021.

The second round of stimulus payments was passed last week. The $900Bn COVID relief deal includes $284Bn for PPP loans for struggling small businesses, direct payment checks of up to $600 per adult and child, and $300 per week for enhanced unemployment insurance benefits.

Unemployment claims remain elevated, holding at about four times their pre-pandemic average through the fall and into winter. Interestingly, imports of consumer goods reached the highest level on record in November, primarily cell phones, appliances, jewelry, and toys – giving further credence to the K-shaped recovery concept. 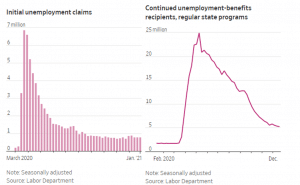 Cross River to Participate in the Next Round of PPP

Cross River, led by CEO, Gilles Gade, has announced that they will be participating in “Round B” of PPP.

In the previous round, Cross River provided more than $6.5Bn in relief to nearly 200,000 small businesses, with an average loan size of $33,000. In addition to building its own comprehensive lending platform, Cross River partnered with over 30 leading technology companies to allow thousands of additional businesses to apply for and receive funding safely and efficiently. This tech-first approach vaulted Cross River to the top of the leaderboard alongside banking giants JP Morgan and Wells Fargo.

OCC’s Allows Banks to Use Stablecoins to Conduct Payments

The OCC, led by former CoinBase executive, Brian Brooks, has released Interpretive Letter 117. The letter states that banks may use stablecoins to streamline consumer payment transactions.

It opens up the possibility that banks will use INVNs and stablecoins to transfer funds between financial institutions faster and without the need of a government intermediary.

Why is this a big deal?

It opens up the possibility of an alternative channel to payment networks, ACH, and wires. That might mean close to zero transaction fees and instant settlement (including over weekends).

The winners are consumers and tech-forward banks/neo-banks who could adopt this technology and skip traditional payment mechanisms. Over the long run, the incumbents with most to lose are Visa/Mastercard and card issuers reliant on debit and interchange income.

This is a notable win from the OCC’s commitment to keep pace with the changing technology and landscape.

Separately, JPMorgan is optimistic about Bitcoin and believes that the cryptocurrency can reach a $146,000 price target.

A task force appointed by the CFPB is recommending that Congress consider authorizing the bureau, and not OCC, to issue federal charters to FinTechs.

The report favors putting the authority in the hands of the CFPB because of its bent toward consumer protection and, it says, the OCC’s interest in protecting the rival national bank charter.

The OCC, while agreeing with the conclusion that nonbank FinTechs that offer similar products and services as banks should be able to operate under the same rules, pushed back against the recommendation that CFPB should issue the charters.

Our take? The proposal will create confusion in the already complex depository regulatory environment.

This deal will value SoFi at $8.65Bn, and is expected to provide up to $2.4Bn in cash proceeds.

Palihapitiya has been credited for kicking off the SPAC craze. These SPACs include Virgin Galactic and announced agreements with two others, Opendoor and Clover Health.

SoFi is the fourth such deal. The news, along with an ebullient reception for Upstart’s IPO, represents a dramatic turnaround in fortunes for FinTech investors. 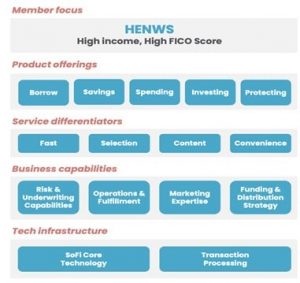 We await to see how SoFi and Affirm perform in their upcoming public debuts, given Upstart’s success.

Overall, the news should buoy investors in LendingClub. Additionally, we would expect boards of FinTech lenders to consider how to reposition their businesses to tap into the FinTech craze.

Affirm Seeks to Raise Nearly a $Bn in IPO

The company expects to make its trading debut on January 13th, said a person familiar with the matter who asked not to be identified because it wasn’t public.

Some consolidation is underway in the world of challenger banking apps. BBVA, which had acquired the pioneering mobile and online banking app Simple in 2014, is planning to shut it down and move its accounts to BBVA USA.